I have generalized anxiety disorder (GAD).

Anxiety disorders are the most common mental illness in the U.S., affecting 40 million adults in the United States age 18 and older, or 18% of the population. (Source: National Institute of Mental Health)

GAD affects 6.8 million adults, or 3.1% of the U.S. population.
Women are twice as likely to be affected as men.

6 million, 2.7%
Women are twice as likely to be affected as men.
Very high comorbidity rate with major depression.

15 million, 6.8%
Equally common among men and women, typically beginning around age 13.
According to a 2007 ADAA survey, 36% of people with social anxiety disorder report experiencing symptoms for 10 or more years before seeking help. 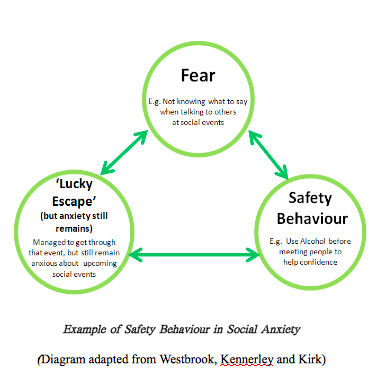 19 million, 8.7%
Women are twice as likely to be affected as men.
Typically begins in childhood; the median age of onset is 7.

Obsessive-compulsive disorder (OCD) and posttraumatic stress disorder (PTSD) are closely related to anxiety disorders, which some may experience at the same time, along with depression.

2.2 million, 1.0%
Equally common among men and women.
The median age of onset is 19, with 25 percent of cases occurring by age 14. One-third of affected adults first experienced symptoms in childhood.

7.7 million, 3.5%
Women are more likely to be affected than men.
Rape is the most likely trigger of PTSD: 65% of men and 45.9% of women who are raped will develop the disorder.
Childhood sexual abuse is a strong predictor of lifetime likelihood for developing PTSD.

Many people with an anxiety disorder also have a co-occurring disorder or physical illness, which can make their symptoms worse and recovery more difficult. It’s essential to be treated for both disorders.

Read on to learn more about the co-occurrence of anxiety and these disorders:

Anxiety disorders affect one in eight children. Research shows that untreated children with anxiety disorders are at higher risk to perform poorly in school, miss out on important social experiences, and engage in substance abuse.

Anxiety disorders are treatable, and the vast majority of people with an anxiety disorder can be helped with professional care. Several standard approaches have proved effective:

This class of drugs is frequently used for SHORT-TERM management of anxiety.

Benzodiazepines (alprazolam, clonazepam, diazepam, and lorazepam) are highly effective in promoting relaxation and reducing muscular tension and other physical symptoms of anxiety.

LONG-TERM use WILL require increased doses to achieve the same effect, which WILL lead to PROBLEMS RELATED TO TOLERANCE AND DEPENDENCE.

Withdrawal from Benzodiazepines is ALWAYS difficult and can be dangerous.