Bipolar Disorder is much more prevalent world-wide than we realize.  And yet, another star admits having bipolar disorder. Mariah Carey was diagnosed seventeen years earlier, but did not feel comfortable or safe enough to disclose the truth. That is beyond sad and terrifically wrong. We need to end mental illness stigma yesterday.

Stigma prevented Mariah from disclosing the truth. That is very sad. It breaks my heart. People who do not have mental illness say stigma is better. I, on the other hand, do not think it is much better. We have a very long way to go. Stigma needs to end… yesterday.

Despite being one of the most successful pop stars in history, Mariah Carey was worried what people would think if they knew she has bipolar disorder.Getty

Like any other mental illness, bipolar disorder carries a stigma that can make it difficult for affected individuals to open up about the disorder. Many people with bipolar disorder face the fear that sharing their diagnosis could change others perception of them or cause people to think they’re “crazy.”

For these same reasons, pop superstar Mariah Carey kept her struggle with bipolar disorder a secret for 17 years, as People reported.

“I lived in denial and isolation and in constant fear someone would expose me,” Carey told People magazine. Carey was worried that people would come to know her for the disorder rather than her achievements as a singer.

“I didn’t want to carry around the stigma of a lifelong disease that would define me and potentially end my career. … I was so terrified of losing everything, I convinced myself the only way to deal with this was to not deal with this,” Carey said. 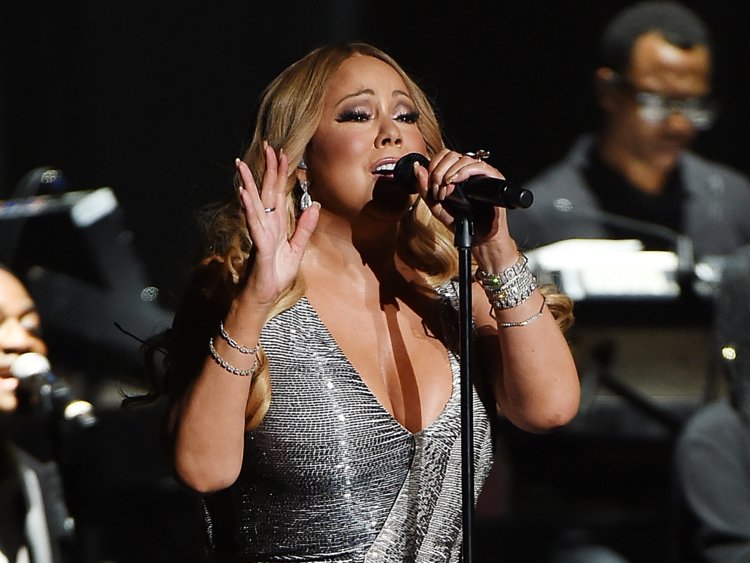 Mariah Carey worried that disclosing her disorder would affect her career.

Carey was diagnosed with bipolar II disorder in 2001 after she was hospitalized after a mental and physical breakdown. At first, she “didn’t want to believe it.” Her hesitation to accept the diagnosis was not uncommon, as being diagnosed with bipolar disorder can be a scary moment for many because of the unpredictability associated with it.Bipolar disorder is a mental health disorder characterized by extreme mood swings and a roller coaster of high and low emotions, according to the National Alliance of Mental Illness (NAMI). Carey was diagnosed with bipolar II, which, unlike bipolar I, does not typically include “full-blown” manic episodes that are characterized by extreme emotional highs, insomnia, and reckless behavior that may require hospitalization, according to the National Institute of Mental Health (NIMH). However, bipolar II still includes depressive episodes that can last at least two weeks.Carey struggled with these symptoms in private until she decided to seek treatment after “the hardest couple of years I’ve been through.”

But after starting therapy and going on medication, Carey said she is doing better.

“I’m actually taking medication that seems to be pretty good,” Carey told People. “It’s not making me feel too tired or sluggish or anything like that. Finding the proper balance is what is most important.”

Along with medication, and therapy, self-management techniques that include finding a balance are extremely important for managing and stabilizing bipolar symptoms. Having a supportive group of people is also a key to managing the lifelong disorder.

Carey said that surrounding herself with positive people and seeking treatment has helped her get back to doing what she loves — writing songs and making music. Now that she’s in a better spot mentally and emotionally, she decided it was time to open up because “it was too heavy a burden to carry and I simply couldn’t do that anymore.”

“I’m hopeful we can get to a place where the stigma is lifted from people going through anything alone,” Carey told People. “It can be incredibly isolating. It does not have to define you and I refuse to allow it to define me or control me.”

Despite the increased conversation about shedding light on mental illnesses, Carey’s struggle to discuss her experience shows that we still have a lot of work to do in reducing the stigma.